A Verifiable Random Function (VRF) is a cryptographic primitive that maps inputs to verifiable pseudorandom outputs. VRFs were Introduced by Micali (founder of Algorand), Rabin, and Vadhan in ’99. Today the primitive is used in various cryptographic schemes, protocols, and systems.

In this blog, we will cover the basics of VRF; discuss how its key properties allow for unique and secure committee selection in the Algorand blockchain, and expand on the specific VRF we chose to implement at Algorand.

A VRF is a triple of algorithms Keygen, Evaluate, and Verify.

Informally, for a fixed key-pair and an inputX, a VRF produces a unique pseudorandom verifiable output.

It is interesting to note that while VRF is similar to a signature scheme, it has crucial distinctions:

a) in a signature scheme, many possible valid signatures may exist for a given input, and

b) signatures are unpredictable overall, but some of the signature bits may be highly predictable. VRF outputs satisfy a stronger pseudo-randomness property.

VRF use in the Algorand Blockchain

Recall that at the core of the Algorand Blockchain is a fast Byzantine Agreement protocol. However, the agreement is not performed between all users in the network. Instead, it is confined to a small randomly chosen committee of users for each round.

If the above check passes, then the user holds a proof consisting of values (Y, ⍴) which validates their committee membership for block r. Given (Y, ⍴) and the user’s verification key VK, anyone can verify that Y is a valid unique output and that it falls within a desired range (hence, validating that the user holding VK was indeed chosen to serve on the committee for block r). 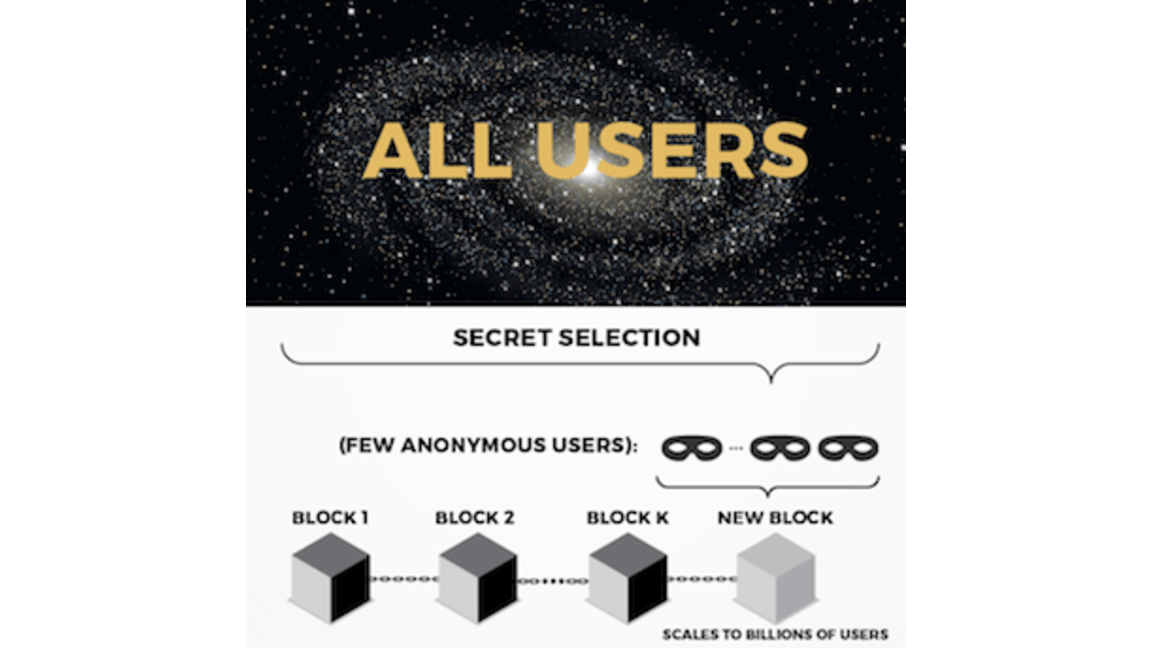 A random self-selected small committee is selected via cryptographic sortition.

Algorand is committed to true decentralization. Hence, we believe it is important to allow anyone to audit our core code, report issues, and propose changes.

Today we are happy to announce the open-source version of our VRF implementation. We forked the widely popular libsodium cryptographic library and extended it with our implementation.

We chose to implement the VRF which is currently undergoing standardization, by Sharon Goldberg, Moni Naor, Dimitris Papadopoulos, Leonid Reyzin, and Jan Včelák.

Standardization of cryptographic primitives is just as important as open-source deployment in allowing third parties to discuss and agree on specifics of their implementations details.

Please take a look and let us know what you think!